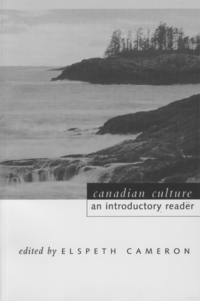 The surest way to the hearts of a Canadian audience is to inform them that their souls are to be identified with rock, rapids, wilderness, and virgin (but exploitable) forest. This critical statement no longer explains Canada's largely urban culture. Multiculturalism, feminism, postmodernism, and regionalism—these and other vital movements jostle for expression in today's Canada. Wherever there's a centre, a new margin vies for attention. Whenever a new voice catches the country's ear, another appears to challenge it. However styles form, new ways of expression keep shaping themselves. Nation without a narrative? Yes. But in the music, literature, painting, history and popular culture of this country, you can always find a soul.

The Changing Face of Canada

PART ONE: MARGINS AND CENTRES

From "Conclusion"
The Fur Trade in Canada: An Introduction to Canadian Economic History
Harold A. Innis

Hollywood's Canada: The Americanization of Our National Image
Pierre Berton

By a Lady: Celebrating Three Centuries of Art by Canadian Women
Maria Tippett

The Idea of North
Otto Friedrich

A Season in the Life of Emmanuel
Marie-Claire Blais

The Imaginary Indian: The Image of Indian in Canadian Culture
Daniel Francis

Towards the Last Spike
E.J. Pratt

Things Made by Inuit
Marybelle Myers

Lament for the Dorsets
A.W. Purdy

The Animals in That Country
Margaret Atwood

Request a Review CopyThis book is not yet published. Submit your request to receive your advance electronic review copy.